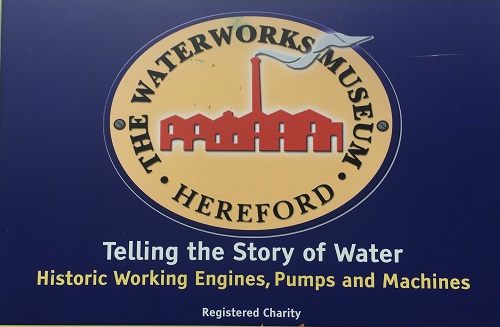 A ceremony and celebration marking 160 years of clean drinking water in Hereford was held recently. The ceremony was attended by people who work in water and heritage, including Chris Jones, chief executive of Welsh Water. The county of Herefordshire is served by two water companies, Welsh Water and Severn Trent Water.

The 160 years of clean drinking water celebration was focused on the city of Hereford specifically. Prior to 1856, residents of Hereford City collected their water directly from the River Wye or from one of seven wells around the city. It was found that the water drank by resident of Hereford City during this period was not of the standard expected to maintain good health. In 1853, a government board of inquiry instructed Hereford City Council to provide clean piped drinking water for the population of the city.

The infrastructure project to supply the City of Hereford with water, saw council engineer Timothy Curley install a water intake upstream on the River Wye. A pumping station was installed and a water treatment plant was constructed in Broomy Hill.

The waterworks in Broomy Hill (which are now a museum) started supplying connected properties with water in June of 1856. As more properties in the city were connected to the municipal water supply, diseases caused by contaminated water gradually disappeared from Hereford.

The original pumping station that started the clean drinking water revolution in Hereford 160 years ago, is preserved as the Waterworks Museum. The museum which is open to the public most of the year, is managed and run by volunteers. You can see many unique ranges of working water related engines at the Waterworks Museum, still on its original grounds where it was established just over 160 years ago.

Raise funds for Hope Spring charity by pledging your birthday.