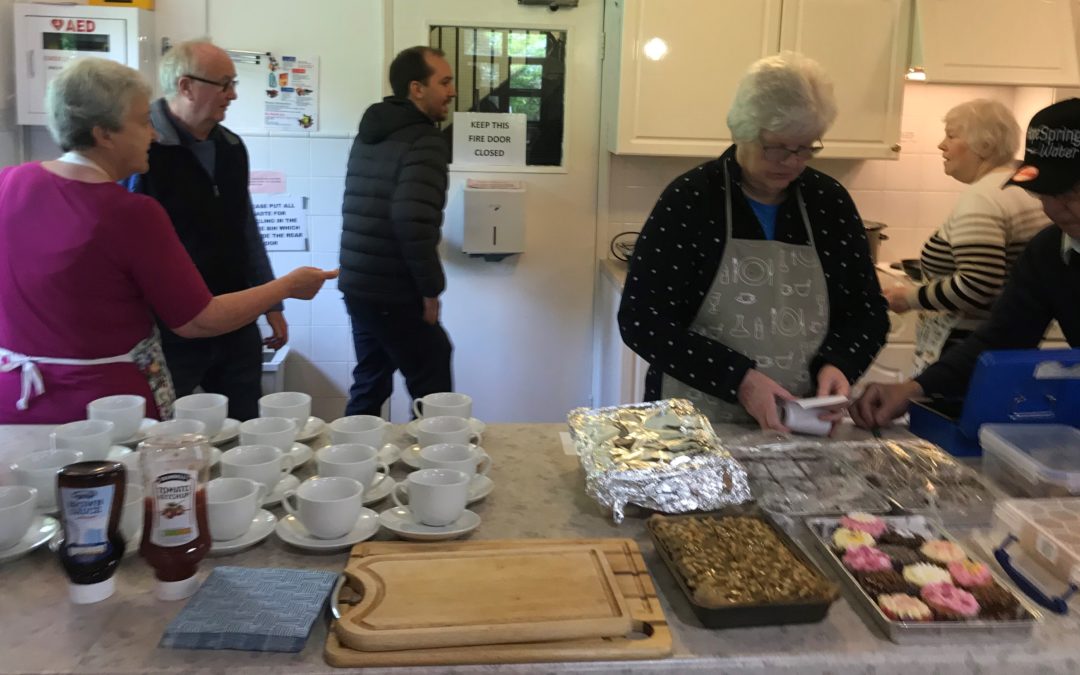 A community plant sale and coffee morning, organised in aid of Hope Spring Water on the 11th of May 2019, raised over £800. The event took place at Much Birch Community Hall, in Much Birch, Herefordshire and was organised by Peter and Chris Dowsett of Little Birch and Jenny Tucker of Hereford.

The event which was due to start at 10.00am, saw bargain plant hunters arriving from 9.30, as the organisers were completing setting up the hall. The plant section of the stalls saw the queue for plants dwindle after over an hour, as attendees turned their attention from plants to the kitchen, where coffee, tea and cakes were served.

The co-organisers of the event, Chris and Peter Dowsett, are known for their charity fundraising in Herefordshire. The couple are said to have raised hundreds of thousands of pounds for various charities, including MacMillan Cancer Care, St Michael Hospice and other local charities. They organised their first fundraising event for Hope Spring in May 2018.

By the time the event, which was advertised as a plant sale and coffee morning drew to a close at 1pm, more than two hundred plants had been sold, several dozens cups of teas and coffees had been drunk and many slices of cake eaten. After the close of the event, Peter and Chris Dowsett handed over £750 in cash to trustee and founder of Hope Spring, Mr Temi Odurinde.

Mr Odurinde thanked the organisers of the event, and said that “with the pledges from some of our supporters who were not able to attend, the total money raised will be at least £800, enough to provide safe, clean drinking water to about 800 people for ten years, in some of the places we work in Africa”. He added that “we are really grateful to Peter and Chris Dowsett and Jenny Tucker and family, and the fantastic people who attended and supported the event”.