Abuja is the capital of Nigeria and presently, it doesn’t look rosy for its residents who find it difficult to access water for survival. The population of the city is growing at a rapid rate and development projects are at its peak. New districts and housing estates are continuously being commissioned and most are under construction in the city in a bid to accommodate the surging populace. However, most of this new and existing districts (for example Kubwa, Lugbe, Lokogoma, Katampe, Guzape, Jabi, Apo, Karsana, amongst others) are mostly without municipal water supply and depend on boreholes and wells which involves using the limited groundwater resources in the region. According to Mekwunye Kidochukwu, the Public Relation Officer of Borehole Drillers Association of Nigeria, Abuja Chapter, the Logokoma district has over 50 housing estates and virtually all homes in the district depends on boreholes as their source of water supply. 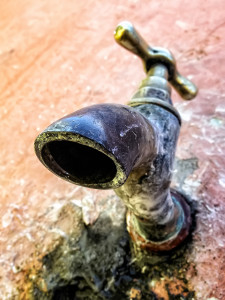 The Federal Capital Territory (FCT-Abuja) is located in the northern region of the country where there is minimal rainfall and this means the level of both groundwater and surface water (streams, rivers and lakes) resources are relatively low. Therefore it is not equivocal, reiterating that the present water scarcity in the city is inevitable, with the continuous use of the groundwater while the surface waters like streams, lakes and rivers suffer from pollution.

The future even looks gloomier if this trend is not curbed. The ever increasing population in the city of Abuja means more pressure will be put on the already declining groundwater since every home depend on ‘boreholes’ and ‘wells’ for domestic water supply while regarding the rivers and streams as waste dumpsites. It is also worth mentioning that most of the boreholes in homes are sited near septic tanks (‘soakaway’) and are therefore not devoid of contamination via seepage/infiltration of loo water. Hence water-borne diseases are prevalent in the region. 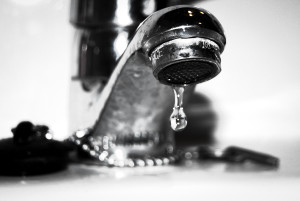 The recent population projection by United Nations, estimates that Nigeria is set to be the third most populous country by 2050 with an estimated population of 399 million people and this implies intense water stress conditions in all parts of the country. Hence, the federal government, national and international non-governmental agencies, and all stakeholders should be proactive and pay much attention to resolve this impending national crisis.

Let us make hay while the sun shines and leave an environment fit-for-living for both present and future generation. Intensified WASH campaign, proper urban planning, revamping of the defunct river basin districts and political commitment from the government will go a long way in curbing this crisis.

THERE IS NO BETTER TIME TO ACT THAN NOW!