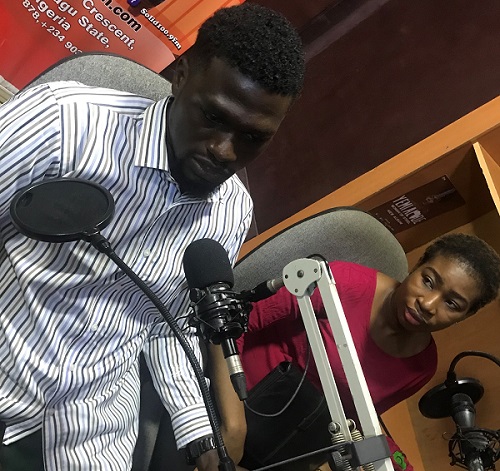 In ifeoma introduction she asked the following questions. Where do you dump your waste and where does the waste end up in? Human activities affect the environment in so many ways and most wastes end up in landfills affecting water bodies. She also linked waste management and water scarcity in Enugu state.

What is the impact of waste management on water resources in Enugu State?

Precious: The water used in Enugu is generated from their environment because the populace major source of water comes from rain, wells, borehole, streams e.t.c. Most of the waste is disposed of the waterways and gutters where the water comes from contaminating. Inability to put up a structure to recover waste generated daily is directly affecting the water we use.

Is there a proper waste management sector in Enugu?

Ogechi argued that there is no proper waste management system in Enugu at the moment because several wastes can’t be accounted for which pollute the environment. She suggested that it could be achieved if the structure is put in place. Having a laid down policies on waste disposal and penalties for lawbreakers everyone will act accordingly

Do you think the current legislation is the one that will give an adequate result or should there be a modification?

Ogechi stated that stakeholders engagement is lacking in the current legislation, everyone should get involved since it’s everyone’s problem the bulk of the work shouldn’t be left to the government alone

As an individual, do you think the government has done proper sensitization to ensure that people are properly informed on how to properly manage waste and who should be responsible for tutoring?

According to Precious, The government has a role to play in sensitization by engaging lots of private businesses and organizations who are interested in waste management. This is where private partnerships come in

Are waste recycled in Enugu state? If yes, what are the opportunities for people out there?

Ogechi: Waste is being recycled in Enugu, there are vast opportunities in recycling 80% of waste generated can be recycled. Those that can’t be recycled could be used for other purposes.

Precious: The value chain is broad. The problem of waste management is in the recovery of the waste, people need to be sensitized on the need to separate their waste into different categories.

Don’t you think people need to be guided on how to dispose of the waste properly?

Precious said ‘’This is where the government comes in to provide different collectors for the various types of waste. We launched a program that did something similar’’

Do you think when the government implements this categorization of waste that people will have the time and knowledge to comply with it?

Ogechi explained that Categorization of waste can be adhered to because it’s already happening in Lagos. In one of our programs, we realised that a lot of people are still ignorant of the categorization process and it’s a necessity. Once this structure is put in place by the government, people get used to it and it gradually becomes a culture.

Do you think the government has done enough regarding legislation in waste management?

Precious: They should be working on it. However, the government would be overwhelmed presently because the majority of the trucks used for waste evacuation are from private contractors. Legislation and policies from the government are very necessary

What do you think should be done to have a waste-free environment?

In the words of Ogechi, Having a lot of citizen participation is the key

Precious said everyone has a role to play in ensuring a waste-free environment Everyone has to take proactive steps to ensure wastes generated are taken back into the system.

It is not all about recycling, we have the 3 R’s for consumers to take responsibility (Reduce, Reuse, Recycle). The waste generated can be reduced from the simple things we do like using the two pages of leave for drafting our school projects rather than the use of one page as it’s presently done.

Packaging materials could be used severally rather than discarding them after the first use. Then the ones that come finally as waste could be recycled.

The government should set out policies that will streamline the activities of both the producers, consumers and recyclers.

Agbakoizu from Ebonyi State – You are doing a great job in disseminating information, however, the wealthy people in the society are not helping the poor in rural areas.