Episode 8: Accountability in the WASH Sector 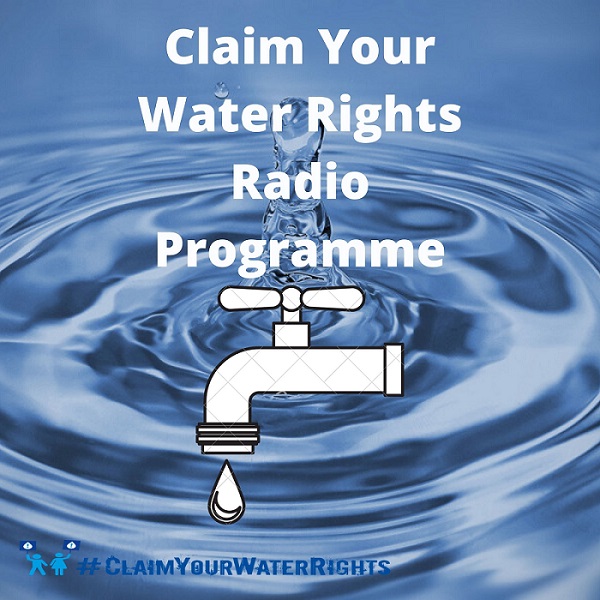 After a brief introduction on #ClaimYourWaterRight, Ifeoma explained that the government as duty bearers are obliged to respect the human rights of the citizens while the citizens have the right to challenge the government when those rights are violated or denied. After highlighting the Afd project, She stated that the radio programme is to educate the citizens on how to hold the government accountable for the AFD project for the interest of the people and to prevent a right violation.

What exactly does the concept WASH mean?

Mrs AMAKA: WASH is an acronym for Water, Sanitation and Hygiene. It a the SDGs goal 6 and a universal requirement which should be accessible, available and affordable and sustainable

Are there stakeholders when it comes to the issue of WASH?

Dr Ugwu: When it comes to WASH projects, there are stakeholders. The Government is one of the stakeholders who have the responsibility of providing safe water to the citizens, The citizens are critical stakeholders in the availability of WASH because they need these services. WASH concerns everyone.

Mrs Amaka:  Wash is for public health when WASH facilities are put in place, waterborne illnesses can be prevented. The outbreak of Covid-19 showed the lapses in WASH because it requires regular hand washing but basic handwashing facilities are unavailable to the people

Mrs Amaka: Accountability is a strategy put in place to ensure transparency. It is the basic requirement when it comes to a government project. Without accountability, the full capacity of a project will not be implemented. Project procurement and bidding should be made open to get qualified contractors however that is far from what we see in the Nigerian government project. Projects are contracted to friends which prevent proper monitoring and lead to substandard project

Dr Ugwu: The government has its role to play When it comes to projects like AFD. A mechanism must be put in place to ensure project transparency. Citizens have a role to play in monitoring the project after it has been contracted. They need to ask questions as the project progresses to ensure the project gets delivered at agreed quality however they need access to information.

they can invoke some of the laws that are in place like the freedom of information (FOI)law 2011 which Enugu state has already domesticated. Hence, present an FOI letter demanding for information to be able to track a project, the government is duty-bound to provide such information within 7 days and if the government does not comply within the stipulated period, the citizens have the right to sue the government.

Citizens can ask for an audience from the government for feedback on project progress.

If nobody cares and everybody sits back, the impact of the project might not be seen. The government are duty-bound to give account on how they have been carrying out the assignment given to them by the citizens and the citizens have the role of holding the government accountable

Information can also be gotten from government websites, Enugu State has the budget details on their website which could guide them on the questions to ask. Citizens should start making an effort to get that information and get related to issues related to the government and also take proactive steps rather than sitting back and complaining.

According to WASH NORM, 41% of WASH projects break down after the first year of construction, how can this be addressed?

Mrs Amaka: ’’There should be independent monitoring of government projects because it will leave no room for partiality. Also, contractors should be held accountable when a project fails before its stipulated timeline, they should take responsibility for the repairs and ensure that the project is brought back to life. Every project should have a signed warranty that if a project breaks down before a given timeline, the contractor should take responsibility’’.

Dr Ugwu: The citizens at the community level can approach the government on details on an ongoing project. They inform the government when the contractor is deviating from the stated standard.

Maintenance is the reason why many projects fail. A budget for recurring expenditure should be put in place. Personnel training is very important because wong operation can render a project useless. An internal monitoring mechanism should be put in place by the government to checkmate project standards. Citizens should also protect these facilities and shun vandalisation.

Are you insinuating that most WASH projects are wired to fail?

Dr Ugwu: Not exactly. However, from the realities on the ground and also statistics larger percentages actually fail, while some never work after its completion. Sustainability is key in any project and government should be holistic when  implementing a project

Mrs Amaka: The functionality of a project is first before maintenance. Contractors should be chosen based on professionalism and expertise. Corruption is another reason why the project fails. where a contractor gets a contract worth for instance NGN50 million at the end of the project, a very reduced amount would be given to him while he consents to receive N50 million.

What is the way forward?

Dr Ugwu: Holding the government accountable by the citizens because they are elected to deliver. when the government is not carrying out their task properly, they should be voted out. Citizens should get more involved and active in who governs them.

Mrs Amaka: ‘’Citizens should make use of social media to draw the attention of the government to abnormalities in service delivery around them. The government should be more transparent and award contracts to more qualified persons’’

Finian: I have been following the programme effectively and I’m very much impressed on the issue of accountability in the WASH sector. I found out that UNICEF statistics state that about 30-50% 0f WASH projects fail after two years of construction, this affects the people at the grassroots level. I want to encourage government institutions to create synergy and collaboration with the CSOs and information should be made available to the public. There should be strong audit institutions which CSOs also should be part of.