With help from a local contractor, we created a shallow well, installed a hand pumping mechanism that brings the water to the surface.

Gofor Village lies approximately (120) miles east of Sierra Leone with an estimated population of 1,150. Access to water is one of the major challenges faced by residents of this community. Gofor village is one of the most populous villages in their cluster in the Dama Chiefdom, after Torma and konela.

Since the onset of the Corona pandemic, water demand in this community has increased because everyone has to wash their hands often. This has made the community people come to the stream more often than before due to this high water demand, but the stream they rely on cannot give them clean water, so the effectiveness of the community people’s hand washing – and consequently, their steps to prevent COVID-19 –  are compromised.

Water from the open source in Gofor village may appear to be clean at first glance, but upon collecting it, there is noticeable small debris at the bottom of community members’ jerry cans. Then there are the many invisible contaminants in the water – farm chemicals and toxins from animal waste carried in by surface runoff, for example. The water is not safe for consumption, yet because it never goes dry unlike some other seasonal water sources, it is heavily relied upon.

Community members tried protecting the open source on their own at one point, but without technical knowledge of the process, they were not successful in blocking out contaminants and their results were not what they had hoped. Also, access to the water is very slippery and muddy, especially during the rainy season, because there is no intervention in place such as stairs or walkways to ease getting in and out of the source.

Women and children in Gofor village have to wake up very early in the morning to try to fetch water before it inevitably gets dirtier as the day goes on and more people fetch it.

Starting to fetch water as early as 6:00 am is also essential if they want to collect enough water for their morning needs and still have time for other engagements such as their farming or house chores. Waiting their turn to collect water, however, always has to take precedence over anything else they might want to do. 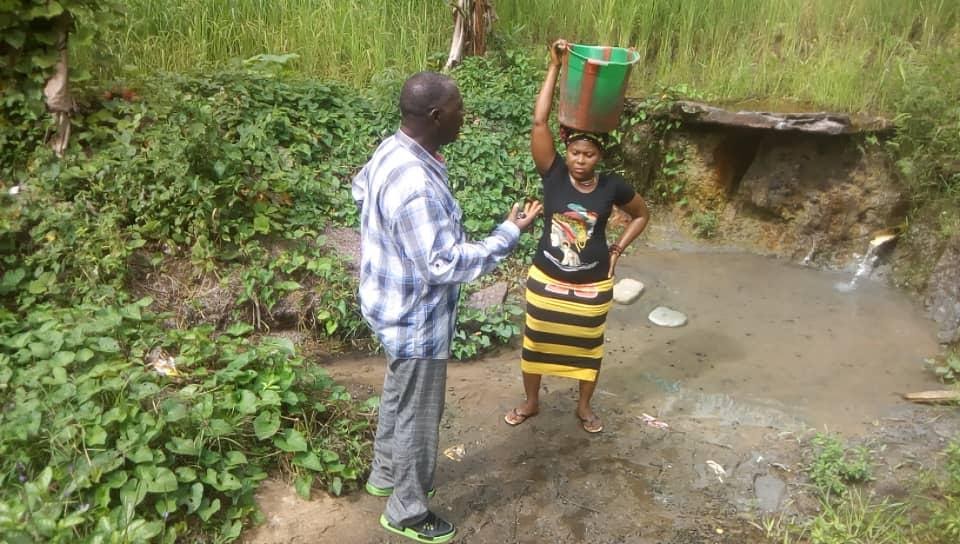 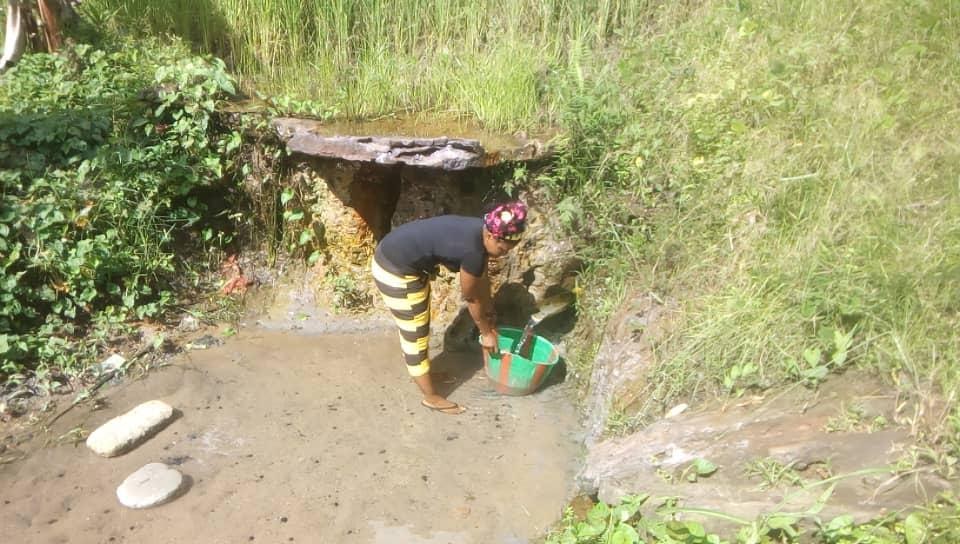 The National Water and Sanitation Policy (NWSP) of 2010 of Sierra Leone points out the urgent need for developing alternative water supply techniques for rural areas and clearly demands for community and household participation and ownership of the water supply schemes. The policy suggests self-supply as a service delivery approach for smaller remote communities. Water, Sanitation & Hygiene (WASH) Self-Supply and Sanitation Marketing Approach is common throughout the world, filling service gaps left by other forms of water supply provision. Therefore, Ecowater manually drilled well and pump systems are found to have a high rate of functionality. EcoWater Solution reached out to Hope Spring Water Charity to come to their aid in sponsoring hand pump boreholes for the two communities identified as the most vulnerable and in dire needs of water supply at the moment and sanitation facilities.

One of these two communities is Gofor village.

The residents of Gofor village now have improved access to safe drinking water. 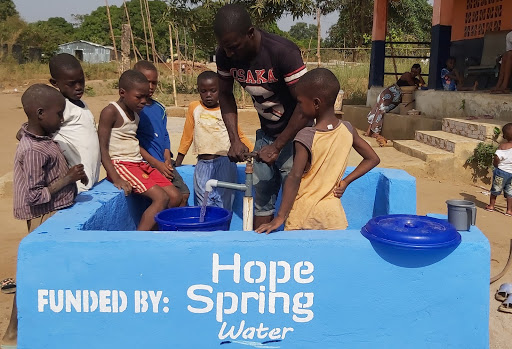 With the water provision in the community, women will be more productive to spend more time on their work and businesses rather walking miles to fetch water daily.

Various health and physical risk associated with drinking unsafe water and walking through bush paths to get water such as rape, snake bite, waterborne diseases and illnesses will reduce in the community.

Local WASH actors in Gofor village who, through WASH programmes, have acquired more technical capacity for provision and maintenance of WASH related facilities and services, have been entrusted with the task of overseeing the effective functioning and maintenance of the hand pump borehole. 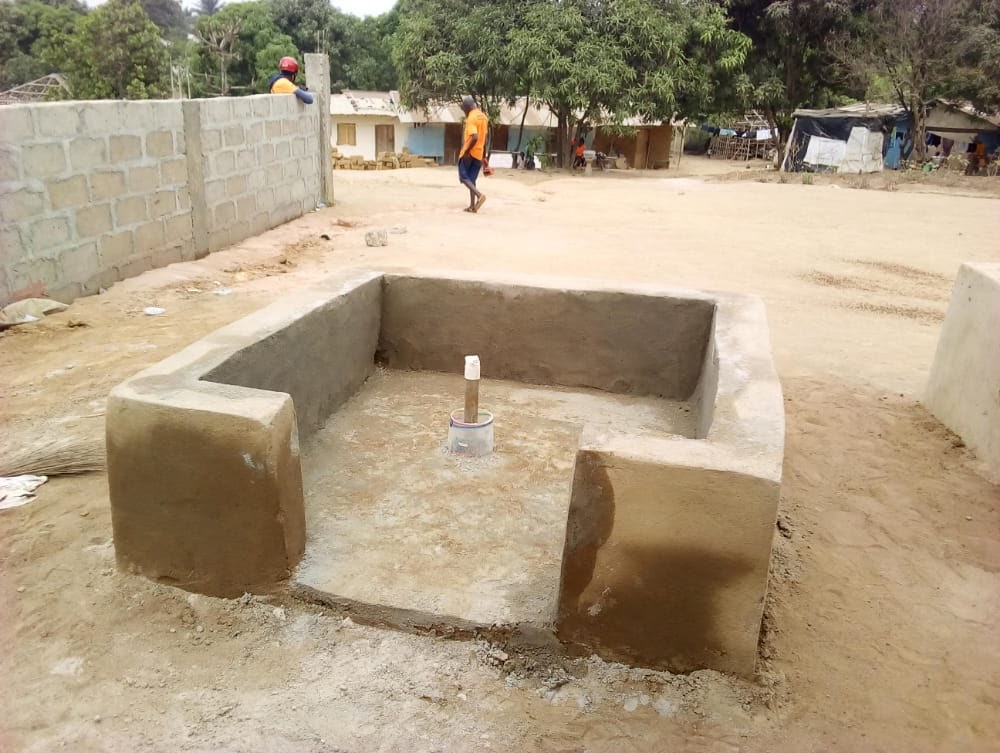 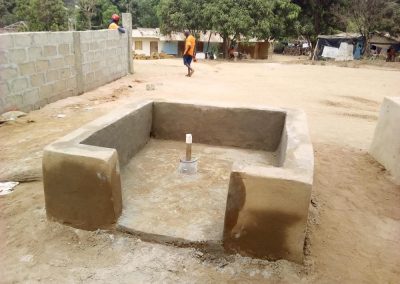 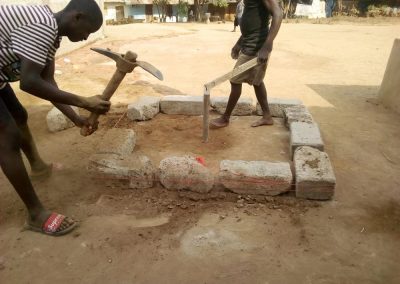 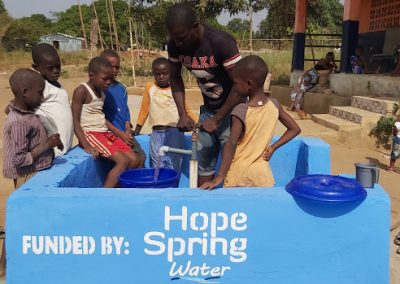 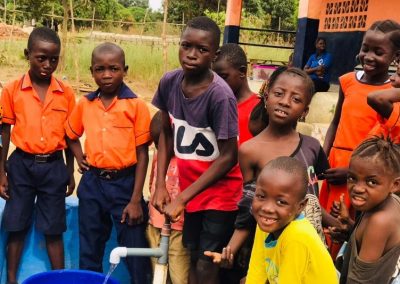 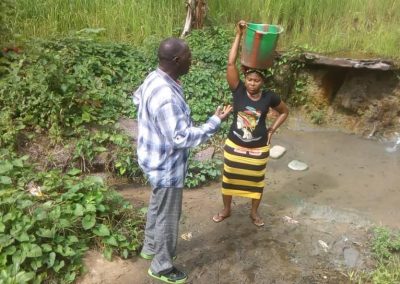 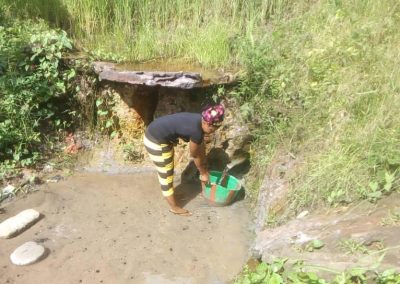