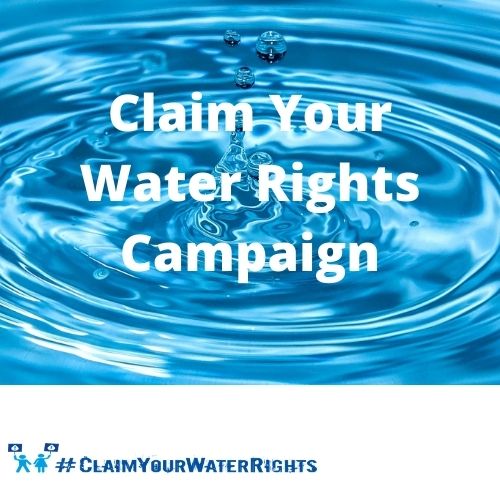 What is the mandate of the National Human Rights Commission?

Mr Eze: The NHRC is meant to investigate and monitor all alleged cases of human rights violations and make appropriate recommendations to the government for prosecution and other actions necessary for a given circumstance.

Is water a human right and should water be a commodity?

Water rights are compared to the right to life, water is a human right. The right to life and water rights complement each other because no one can live without water. Constitutionally the government should provide water to the people. Since other amenities are provided by the government, why not water. No, Since water is fundamental human right water should not be a commodity

Following your mandate, what role has the NHRC played in ensuring that people’s rights to water are not violated?

Mr Eze: NHRC ensures water gets to areas that need them by approaching agencies responsible for water provision. Metering is vital in water provision. It is a right violation if water supplied to customers is not metered. This is because they have to pay based on the amount of water they consume.

Is there any law that states that people in local communities should have access to pipe-borne water?

What has been your experience in accessing water as a grassroot person?

Mr Daniel: Water is lacking in places I’ve been to, which is nothing to write home about. Pipe borne water is lacking in Nsukka where I came from both in urban and rural areas. People rely on tank drivers and boreholes for water provision, the hospitals I visited in Nsukka to inspect their source of water at the peak of COVID-19 had very poor feedback. Most of the hospitals rely on rain harvesting and tankers, quick action needs to be carried out by the government in making water more accessible to the people to protect them from infection.

With the outbreak of the coronavirus, what has the Commission done to educate people on how to stay safe so we can have a healthy environment?

Has there been an instance where water is supplied based on the status of the people living in the said areas?

Mr Eze: I don’t think there has been such incidence because people from these areas also complain about insufficient water and we urge them to write their complaint so we approach the body responsible for providing them with water. Also, part of the challenges faced by this water providing bodies is the refusal of customers in paying their water bills.

Do we have a law in Enugu that protects the rights to residents to access clean water?

Mr Eze: There is no law this is because as earlier said, access to water is non-justiciable. It is a constitutional and not an obligatory issue but the commission sees it as a justiciable right since water is connected to right.

When all the advocacies, pleadings and dialogues has failed, what should be the last action of the commission?

Mr Eze: The commission is not going to relent, we have to keep up with the dialogues.

Do you think the private sector has a role to play or is the responsibility of water provision solely on the government?

Mr Eze: The private sector has a role to play in the provision of water since the government cannot be everywhere, individuals can take up this responsibility and provide water to their communities.

Given the fact that there is no regulation on the prices charged by tanker drivers to supply water, what is the commission doing to see that citizens are notexploited by these charges from the tanker drivers?

Can the common man approach the commission and lay their complaint on access to water?

How can one take up the process and reach out to the commission?

Mr Eze: First you address your complaint to the executive secretary, NHRC, 19 Aguiyi Ironsi, Maitama, Abuja. There are various offices in the 36 states of the federation, however, we can be reached in our Enugu office with the phone number: 08072763456 Website: info@nigerianrights.gov.ng

When complaints come to us, we first of investigate the area to ascertain the reason for this gap, both parties involved are questioned before mediating on the issue, sometimes The complainants might be the cause.

How do you handle issues of vandalization of government projects?

Mr Eze: local vigilantes and other law enforcement bodies are engaged like the police who carry out investigations to get the culprits of these acts and they will be tried in the law court because vandalization of public utility is a criminal offence.

What is your advice to the government and the citizens as regards water provision and availability?

Mr Eze: I urge the government to see water as a necessity that should be provided to the people, it a human right for existence and in making this provision ensure that the water is metered. The people should see to it that they pay their water bills when the government supply them with water.’’

Mr Daniel: I urge the citizens to understand and claim their rights to water while encouraging the government to ensure that the infrastructure needed to make water available are provided.