In a time of runaway climate change and increasing water scarcity, the UK loses billions of litres of water in pipe leakages every day – Here’s what you can do about it
Water scarcity affects every continent on Earth, but the UK is relatively lucky that it experiences quite a lot of rainfall and not too much water scarcity… yet.
But water scarcity – or “water stressed” areas are already causing some concern among local authorities; especially in the South-east of England. The South-east is also home to England’s precious chalk streams. Chalk streams are ecological habitats unique to a small part of the chalk hills of South-east England and northern France. Chalk streams are drying up as their water-supply is drained to meet Britain’s ever-growing water demands.
Most of the water on Earth is saltwater or water that humans cannot drink. Only about 2.5 per cent of water is drinkable freshwater, and most of that is “trapped” in glaciers or hard-to-reach places. Water that is “easy” to get to – the water that we extract from rivers – accounts for only about 1 per cent of all the Earth’s water. It is very important that we do not waste our drinking/freshwater, as there isn’t a whole lot of it – comparatively – to drink.

Why does the UK lose so much water – what is the reason for it?

The UK wastes about three billion litres of clean, drinkable water every day through leaky pipes, according to these UK water consumption statistics. These are not regular faults in the plumbing of people’s homes – they are leaks in the big pipes owned by the water companies: the pipes that are pumping freshwater around the country like blood from a beating heart.

Most of the leaks occur in places where it is cheaper to just let the leak happen rather than to go down and fix it. But the result is lots of water is wasted. In fact, almost 1/5th of all the water supplied in the UK is wasted. If you could somehow collect it all up, you would be able to fill 1,262 Olympic-sized swimming pools with the wasted water every single day.
Some people blame the corporations. They say that, because a handful of companies control all of the UK’s water supply, then there is little pressure or regulation for them to act or do anything about the leakages.
That being said, the water companies do often pledge to reduce leakages, but they don’t seem to be doing enough. Take a look at this graph, and you will see that some water companies are wasting more water now than ever: 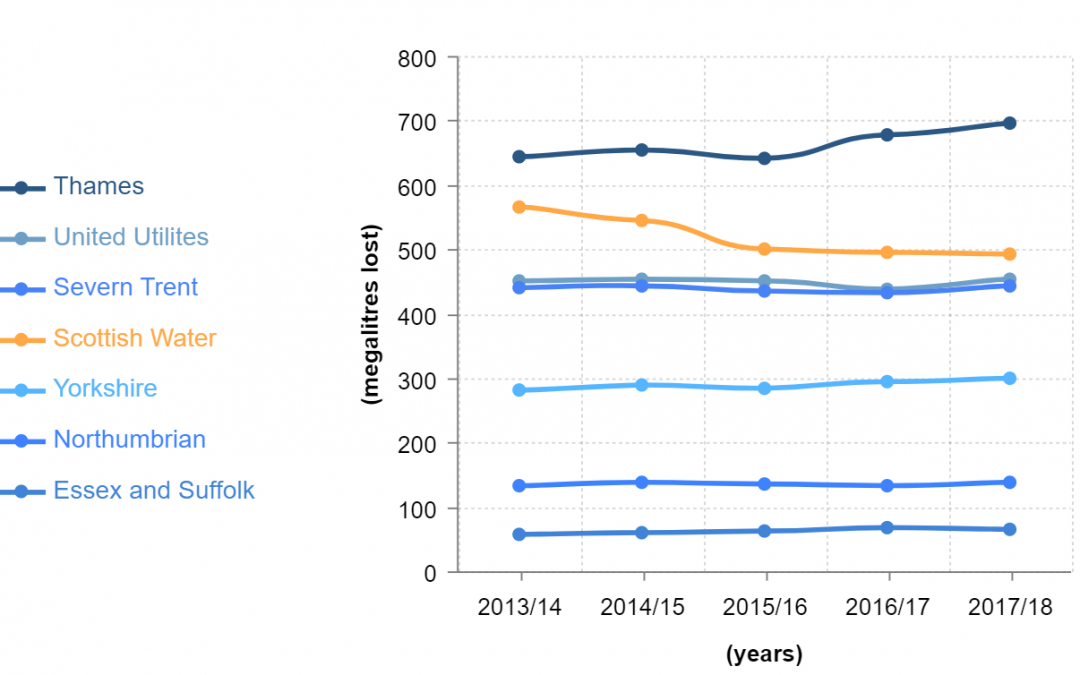 Water scarcity occasionally makes it into the headlines in the UK if there has been a long, dry summer; usually when the water companies announce a hose pipe ban to save water.
But for some of the most wasteful water companies, more water is actually wasted in leakages than is used in the homes they supply. If these leakages could be repaired, then there would be no need for hose pipe bans at all.
This bar chart, for example, shows that Northern Ireland water loses 51 litres a day more than is used in the average Northern Ireland household. Along with other wasteful water companies: 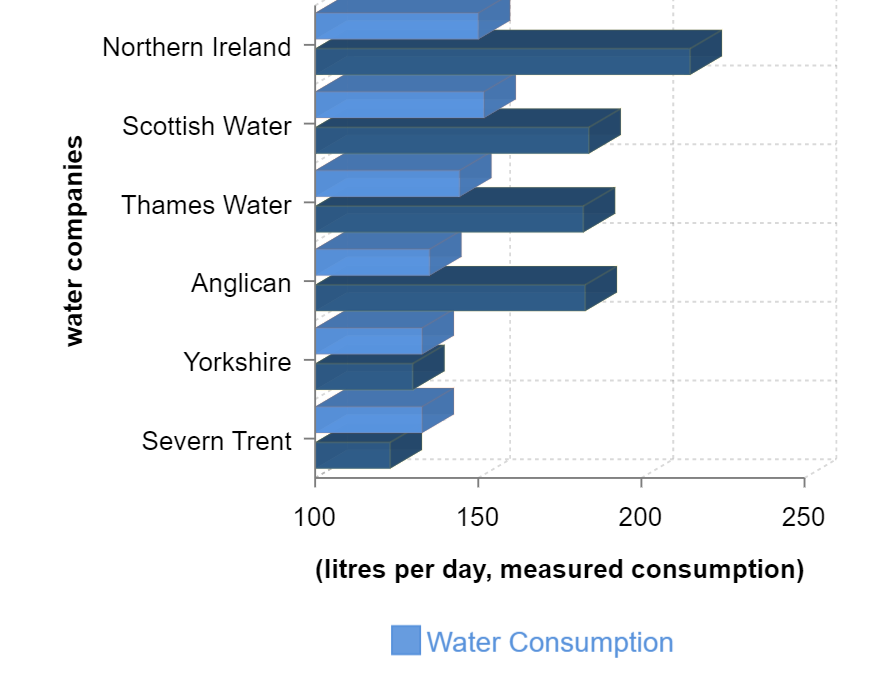 To cut down on water wastage, more awareness is needed

There are two things that the people of the UK could do to save water and their precious chalk streams:
They should write to their water companies, and persuade them to work faster and harder to stop the leakages.
They should be mindful of their own water consumption as well, and try to cut it down.
On this last point: we may not have complete power over the water companies, but we can certainly cut down on our own usage. This data visualization below shows the customers who use the most water, by water company: 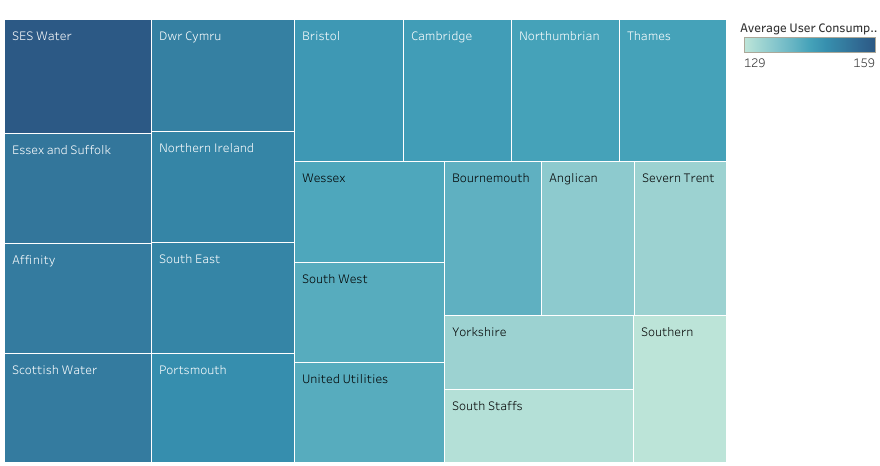 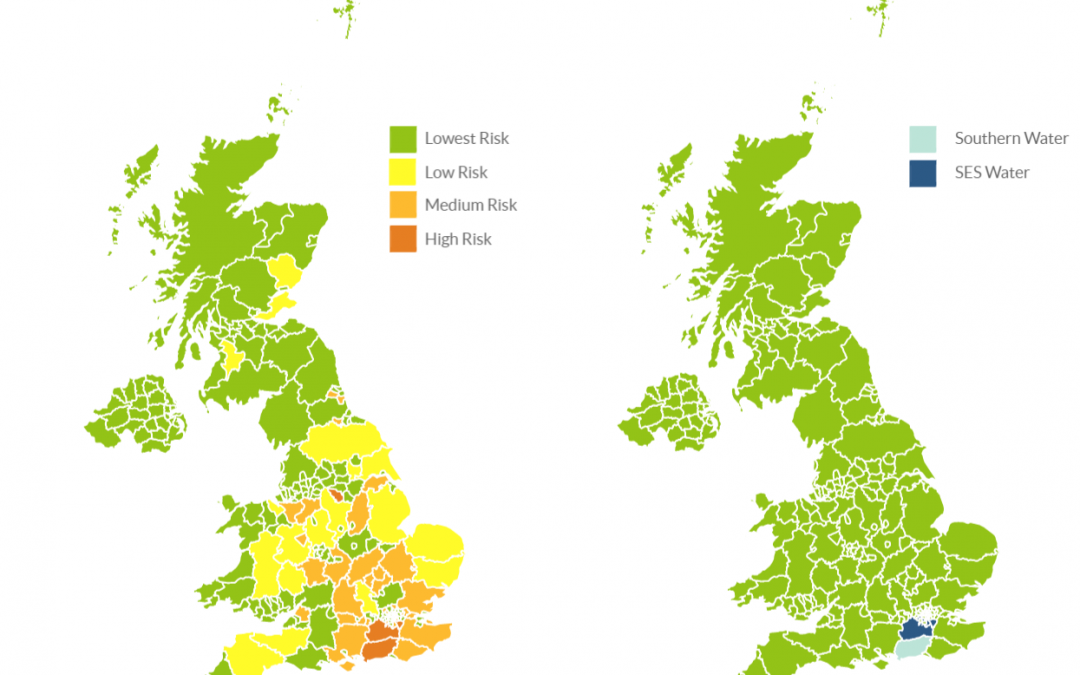 If SES Water’s customers knew about this, we’d suspect they will want to be more conscious about their water consumption – and reach out to their neighbours at Southern Water for some conservation tips, too.

Accessible, clean, drinking water is something that we all take for granted when it is there. But there isn’t as much as it as we like to think and it is our duty to not waste it whenever we can. So do your part today and think: “How can I rid the world of unnecessary water wastage, and water poverty?”
It’s a good place to start.

About the author:
Neil Wright is a copywriter and data researcher for Shower Stream. Shower Stream’s ionic shower heads are designed to cut down on water consumption and reduce waste.
The data here is based on original research gathered from making Freedom of Information (FoI) requests to the UK’s water companies.