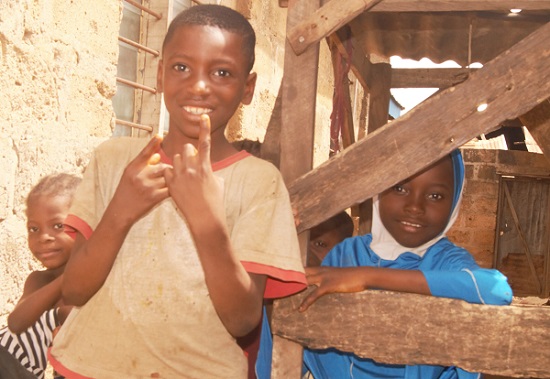 The Kongbari community in Ilorin, Kwara State, Nigeria is not situated in a remote rural location like most water poor communities. It is located right in the heart of Ilorin, within less than six miles of all major landmarks of the city, which is the capital of Kwara State.
With a population of just over 2 million, Kwara State is one of the least populated states in Western Nigeria. As with most parts of the country, fewer than 5% of Kwara State inhabitants have access to pipe borne, municipal water.

Virtually all homes in Kwara State have their own private water supply. The water supply tends to be drawn from a borehole and piped into the houses. Water usage per head among the middle classes in Kwara State (and other parts of Nigeria) is probably as high as the 150 litres per person use in the UK. This is a very sharp contrast to the amount of water available per person in a community like the Kongbari.

Reasons for a Water Project for the Kogbari Community

The Kongbari community ticked all the boxes used by the UN, World Bank and other reputable organisations to measure and categorise poverty. The amount of money spent per person per day is the well-known yardstick for measuring extreme poverty that has been set in place by the World Banks. The Konbari community spent far less than the $1.20 per head per day that the World Bank uses to define extreme poverty.

While the community may be poor in cash, they are very rich in ambition and community spirit. This community spirit and ambition were some of the factors that made Hope Spring trustee priorities place the Konbari community water project application above others. The community particularly recognises and places a strong emphasis on educating children, both boys and girls.

The lack of teachers meant children have to walk several miles to the nearest school, usually after walking several miles earlier in the morning to collect water. The long walk to fetch water before going to school often means that children get to school late and tired or are not able to go to school at all. 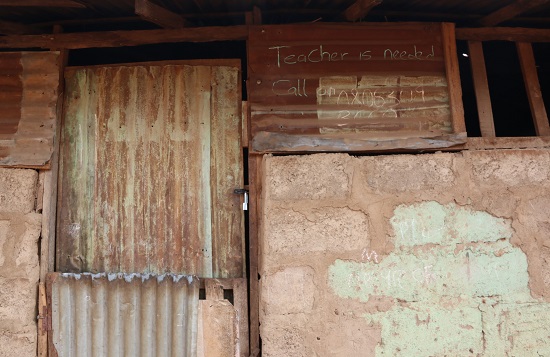 Prior to the commencement of the Kongbari water project; various experts, including a geologist, hydro-engineers, plumbers and other specialists whose expertise was required to implement a project like the one at hand, were consulted. A survey of the site was conducted, a technical drawing was produced, and a contract for the project implementation was put out for bidding. The winning contractor was awarded the project and implementation began.

The detailed project planning that was put in place beforehand by the project manager Mr Mubarak Oladosu paid off well. The Kongbari water project was delivered on schedule, however, as with most projects; it came in slightly over budget. Hope Spring was fortunate to be working with a fantastic and understanding contractor on the project as he willingly and generously absorbed some of the unexpected costs. 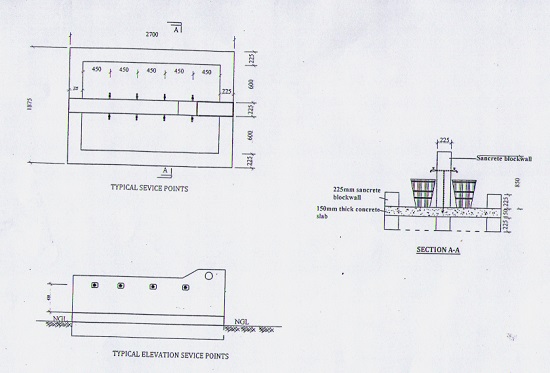 It will take some time for empirical evidence of the impact of Hope Spring water project in the Kongbari community to become available. In the meantime, anecdotal evidence of the impact of the project can be seen and felt by the community from day one of project completion. Water shortages in the community tend to be at its worst during the dry season. A typical dry season in the community for the past 16 years found each household waiting up to three or more days for their turn at the community water source. The Hope Spring Kongbari project was completed during the dry season. The community said it is the first time in 16 years that families do not have to wait for days to access water.
As a part of the project, a 7,500 litre capacity water storage tank was provided. This helped to ensure that every family is able to access water daily. It does not, however, shorten the length of the queue of people waiting to collect water. 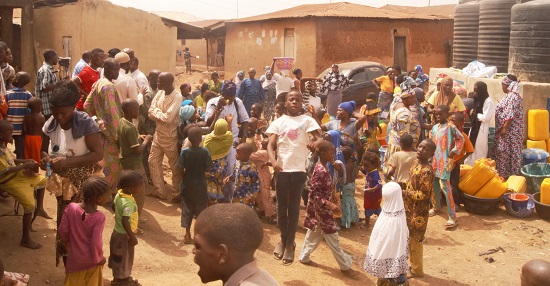 Sustainability was an important keyword in the Kongbari water project, just as in all Hope Spring projects. Goal 6 is the first of the sustainable developmental goals. This one deals with water and sanitation, which is the main guiding principle of Hope Spring Water. Sustainability is also a part of our discussions with the Kongbari community in terms of keeping the water flowing once the project is handed over to the community.

Hope Spring was informed by the Kongbari community that, though access to water by every member of the community is free, should any of the components that power the water system need repairing; the community has a contingency fund for such emergency. If the fund turns out to be inadequate, each household in the community will pay a modest levy to raise the required funds.

[/unordered_list]
Find out more facts about water poverty & gender empowerment in Nigeria on this page.