Partly to keep the readers of the Hope Spring Water blog informed, partly to keep up to date with what is happening in the world of WaSH, our versatile volunteer Evgeniy Gakaviy has just started a monthly blog post series called the “Water and Sanitation roundup”. In these posts, he shares excerpts from some of the leading WaSH news posts and articles he comes across in a given month.Here is Evgeniy’s third WaSH roundup, we hope you find it informative and/or useful. If you have WaSH-related articles, news or information you would like him to include in a future WaSH roundup, please use our contact page to get in touch with Evgeniy.

“Rich Countries Should Take Development Goals Seriously Too” by Lyndal Rowlands on IPS news. Sustainable development goals were designed to help poor countries. But it does not mean that rich countries should not take it seriously too.

At the moment SDGs is taken more seriously in developing countries than in many developed countries. It is not about only poor people in poor countries, it is about all people worldwide.

“Challenges such as climate change and inequality don’t observe national boundaries, they require collaboration at the global level. So the SDGs are for all countries to achieve,” Bonian Golmohammadi.

“3.4 billion people in water-stressed areas of Asia by 2050, new report shows” by  Joanne Lu on HumanOsphere. According to the report that was released at the end of World Water Week in Stockholm, water and sanitation landscape in Asia remains heterogeneous despite a big progress in economic.

“With a predicted population of 5.2 billion by 2050 and hosting 22 megacities by 2030, the region’s finite water resources will be placed under enormous pressure,” the authors wrote. “Recent estimates indicate up to 3.4 billion people could be living in water-stressed areas of Asia by 2050.”

“How can water utilities provide reliable water to poor people in African cities?” by Chris Heymans on World Bank blog. In Africa’s fast-growing cities, not all people still have access to clean water.

It is expected that by 2050 Africa’s urban population will triple. It means that the same need to be done with water and sanitation. The percentage of those who have access to clean water has barely grown since 1990.

“Achieving universal access to water and sanitation by 2030 – how can blended finance help?” by Joel Kolker on World Bank blog. According to the speakers on WWweek, today 2.4 billion people without improved sanitation. More than 1 billion people defecate in the open, and more than 640,000 people do not have access to drinking water.

This need to be changed in the next 15 years according to Sustainable Development Goals agenda. Investment in the water and sanitation sector needs to be around $1.7 trillion till 2030.

“The cost of cleanliness: How much is a shower where you live?” by Rebecca Laxon on Trust.org. According to the Thompson Reuters foundation research, the most expensive place in the world to take a shower is Papua New Guinea – $3.50. In the United States the actual cost is just 16 cents.

In China, Argentina and Armenia valued at just 3 cents.

“Increased drought could see Londoners queueing for water“ by Fiona Harvey on The Guardian. Due to climate change and lack of investment even Londoners could face with water problems.

The new research suggests that the likelihood of droughts was increasing, while investment in water supplies failed to keep up with likely demand. 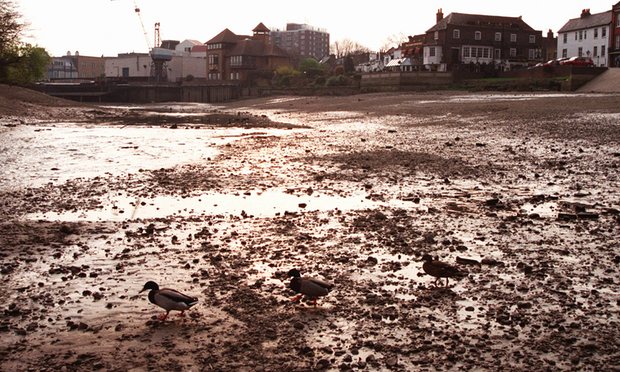 The population of the south-east part of UK capital is set to increase in the next 25 years when steady rainfall probably declines.

“Live Q&A: $114bn a year needed for water and toilets – where will it come from?“ by Katherine Purvis on The Guardian. Almost £20 billion is spent each year on water and sanitation problems around the world.

If such investment continues – by 2030 all people will have access to clean water and adequate sanitation. But the World Bank calculated that more than £80/year needed to cover more than just basic access (SDGs go beyond basic access). It means: people worldwide have access to clean and affordable drinking water and a safe place to go to the toilet.

“How can we better value water as global shortages start to threaten economies?” by Katherine Purvis on The Guardian. The World Bank Water predicts that by 2050 African counties will face with a big problem of having clean water because this resourse is exhaustive.

One of the key questions is should we pay more for water? Some people think it is reasonable if we want to have clean safe water in future. Some people think majority can’t afford that and people still think that water is something given from above.

“Is the world wide web a waste of water?” by Zoe Kleinman on BBC. Last year, the research made by Imperial College London said that 200 litres of water could be wasted when you download a single gigabyte.

“Plight of SA’s poor unchanged as millions go unspent” by Theto Mahlakoana on iol.co.za. In Johannesburg the live of the local people could be improved if authorities spent their services budgets appropriately. 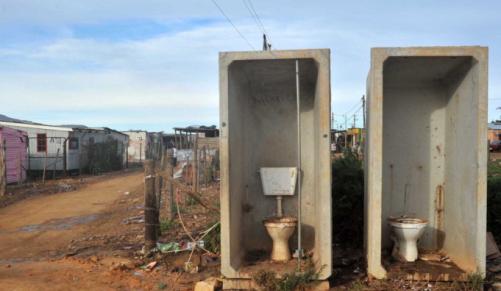 Many municipalities install toilets, but fail to connect them to a sewerage system because of a lack of skills and funds. Picture: Bheki Radebe. Credit: CAPE TIMES

“Allocation and spending patterns, including poor performance and allocation of the funds intended for the provision of the right to water and sanitation, are linked to some of the systemic failures in budgeting and governance,” Motsoeneng said this week when the report was released.

“There seems to be insufficient capacity in the water and sanitation sector, including implementing agencies, (which face) challenges in attracting and retaining personnel with the necessary managerial and technical skills.”