On this maiden edition, I’ll be introducing you to the campaign, it’s background and past achievements, so you can flow with the tide as we progress.

What is the fuss about human rights to water?

The common assumption that water was freely available to all, just like air, led to its neglect and exclusion in the Universal Declaration of Human Rights by United Nations General Assembly in 1948. However, the increasing water and sanitation crisis in the final decades of the twentieth century triggered the global community to reconsider the importance attached to water. Therefore, it was not surprising that in July 2010, the United Nations General Assembly made a resolution that explicitly recognized the human right to water and sanitation. This means that all States that signed the resolution are obliged by international law to respect, protect and fulfill citizens’ right to safe water and sanitation.

So, how can we leverage on this right to end water poverty?

Across the globe, the rights of over 2.2 billion people who still lack access to safe water, are violated.

In response to this grotesque injustice, End Water Poverty (a coalition of CSOs united against water poverty) initiated the #ClaimYourWaterRights campaign in 2019 as a global grassroot campaign, to sensitize and mobilize people to demand their rights to safe water and sanitation.

The first phase of the campaign was targeted at engaging the authorities responsible for water supply in states (i.e, duty-bearers) to respect citizen’s right to safe water and sanitation, using case studies gathered from communities in dire need of water.

Enugu State, known for its perennial water scarcity, is the pioneer state where the first phase of the campaign was carried out in Nigeria. Notable feats were achieved in the course of the campaign, one of which is the reconnection of the Ogbete Main Market Abbatoir to pipe-borne water supply after 4 years of being disconnected. 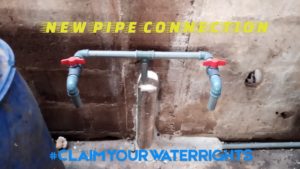 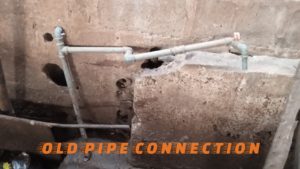 To know more about the achievements of the first phase of the campaign, you should check out this link: https://www.hopespring.org.uk/claim-your-water-rights/

The campaign took a new turn with the outbreak of coronavirus, which exposed the inadequacy of Water, Sanitation and Hygiene (WASH) in the health sector. In response to the pandemic, the team restrategized and focused attention to WASH in health care facilities (second phase of campaign).

I will be sharing updates from the second phase of this campaign in my weekly reflections. So, keep close tabs!